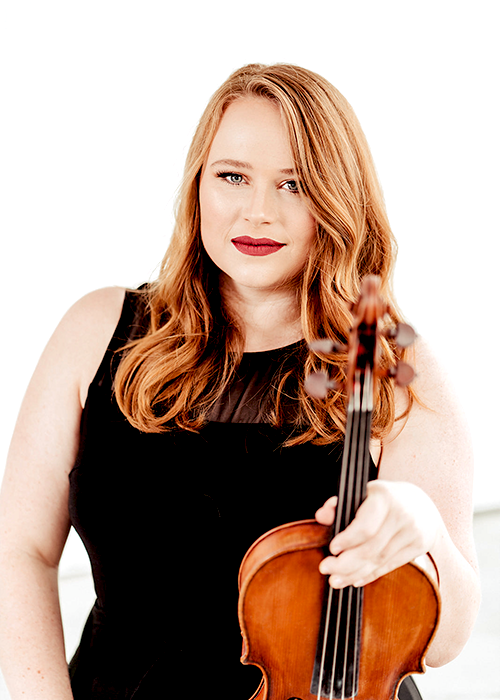 Violist Jessica Pickersgill’s passion of music started at a young age and has since blossomed into a genuine wish to allow others to fall in love with music though her performance. As a result she has played for audiences at home in Canada and around the world including Italy, Russia and America.

Jessica attended the Robert McDuffie Center for Strings at Mercer University, where she earned her Bachelor of Music in Viola Performance under the tutelage of two master violists: Rebecca Albers, the Assistant Principle of the Minnesota Orchestra, and Lawrence Dutton,  Violist from the esteemed Emerson String Quartet. She then continued to expand her education and performance practice at the renowned New England Conservatory (NEC) in Boston, where she studied under Avery Fischer Grant Recipient and William Primrose Competition winner, Dimitri Murrath, and graduated Cum Laude with a Masters in Viola Performance. During her extensive educational pursuits, Jessica continued to work and study with world renowned musicians including Hsin-Yun Huang, James Ehnes, Richard Aaron and many more. During this time her enthusiasm for chamber music was fostered through coaching’s from eminent ensembles including The Emerson String Quartet, The Borromeo String Quartet, The St, Lawrence String Quartet and a host of others.

During her time in school she often subbed for the Boston Philharmonic Orchestra under music director Benjamin Zander, was invited and attended the Rome Chamber Music Festival three times, and was notably selected as a finalist for the Lower String Concerto Competition at NEC. She is now on the sub list for a variety of orchestras including the Victoria Symphony and the Vancouver Symphony Orchestra, is performing solo and chamber works around Victoria, and is also dedicating her time back to younger generations, acting as a teacher and head of the string department at the Victoria House of Music.